Let us help bring the beauty of true craftmanship to your home. 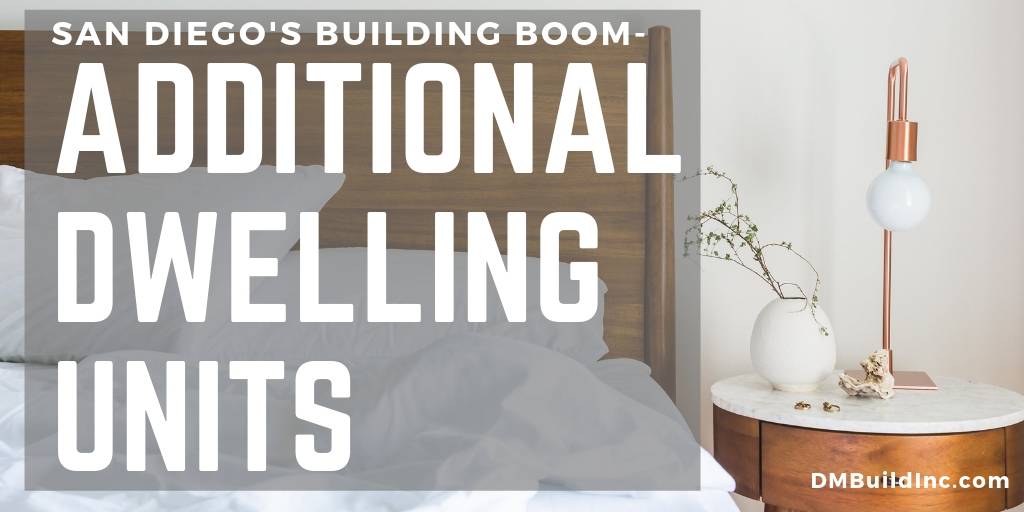 The nearly 1,000 percent increase is a direct result of a decision by San Diego to address its shortage of affordable housing by changing some of its housing laws. What’s happening in San Diego is part of a nationwide trend, particularly in major metropolitan areas with high housing costs.

“Granny flats are being increasingly viewed across the nation as an innovative way to create more housing without more land or infrastructure, making them the fastest and cheapest way to increase the local supply of affordable housing,” reports The San Diego Union-Tribune in this article. “They are considered ideal for recent college graduates, young people with lower-paying jobs and the senior citizens on fixed incomes that gave these units their colorful name.”

Accessory dwelling units are often called granny flats because they’re often built for grandparents so they can live on the same property as their grandchildren. An accessory dwelling unit is a self-contained home that is generally designed for one or two people to live in, is often about 1,000 square feet, and can be attached to or detached from the property’s primary housing unit.

Local housing laws, though, sometimes effectively limit the number of granny flats. Basically, many communities prefer a limit on the number of people living in a neighborhood because of fears of overcrowding, parking problems, and declining property values caused by a neighbor having two homes on one property.

A countervailing problem of overcrowding is escalating housing prices that make people less interested in buying a new home and more interested in a home remodel project. California was so concerned about high home prices that it passed new laws in 2017 that encouraged the building of granny flats. The changes caused the number of permits for accessory dwelling units to increase 63 percent in California in 2017 — the highest percentage increase in the United States.

A housing report said the most crucial changes California made were in the laws governing parking requirements, setback requirements, and utility connection fees, as reported the article “California Leads Nation In Granny Flat Permits.”

“As affordability worsens, the incentive for homeowners to build ADUs (accessory dwelling units) becomes greater, Holly Tachovsky, the CEO of BuildFax, an information service for builders, said in the article by media company Patch. “But the cities just have to let them. That’s the only barrier.”

San Diego, in effect, did NOT let most homeowners build accessory dwelling units in 2017 despite the changes in California. “Through last November (2017), San Diego had 64 granny flat applications compared to 1,980 in Los Angeles, 593 in San Francisco, 247 in Oakland, 166 in San Jose and 34 in Sacramento,” The San Diego Tribune article reported.

San Diego changed its laws regarding granny flats in late April 2018. The city was charging homeowners between $30,000 and $50,000 for a permit to build a granny flat. In late April 2018, it cut the fee by as much as 50 percent according to The San Diego Tribune. Among other things, it eliminated the fees it charged residential units for hooking up to the city’s sewer and water services, eliminated a fee it charged for building a new residential development, and cut the fees it charges residents for helping fund the city’s fire stations, libraries, parks, and roads.

In addition, San Diego now allows granny flats on properties zoned for multifamily homes rather than on just land zoned for single-family homes and now allows accessory dwelling units that are as large as 1,200 square feet rather than the previous 700-square-feet maximum.

When the city passed the new law, it estimated that it would lose $900,000 per year in fees if 100 granny flats were built per year. Eight months later, it had issued 213 permits for granny flats and additional dwelling units in 2018, but city officials said they are pleased with the new laws because they help thousands of San Diego residents. City officials estimated that the new laws could result in the construction of 2,000 to 6,000 accessory dwelling units in the next decade.

“One of the fastest and least expensive ways we can increase affordable housing in San Diego is to make it easier to build granny flats,” Mayor Kevin Faulconer said in a news release. “With these new incentives, we’re removing barriers to encourage the construction of new units that San Diegans can actually afford.”